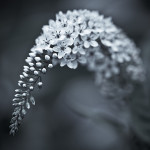 A physicist by training, Chris Tennant’s passion for photography started well before the seeds of becoming a scientist were planted. He has been making photographs for over 2 decades, starting with the Pentax K-1000 he received for his 10th birthday. He spent the first 22 years of his life in central New York until his graduate studies took him to Virginia, where he currently resides with his wife and three young boys. Tennant’s work has appeared in”Popular Photography” and”Photo Technique” as well as”Adirondack Life” and several other regional New York State magazines.